the fun that got away

I said I was gonna make this blog. Never did. Betrayal. Well, here I am. We're doing it.

And it's the biggest disappointment since sea monkeys. 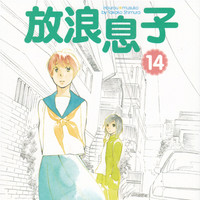 The story is about a transgender girl named Shuichi Nitori and follows her from elementary school to college.

to try on some dresses his mom bought him. Everything snowballs from that point. Shuu realizes

not only does she like to wear girly and pretty things but that she wants to become a girl herself.

in boyish clothes, reveling in the feeling of getting to wear what makes them comfortable and passing so well.

During one of these trips, Takatsuki happens upon a transgender woman named Yuki who begins to act as a mentor towards the kids. 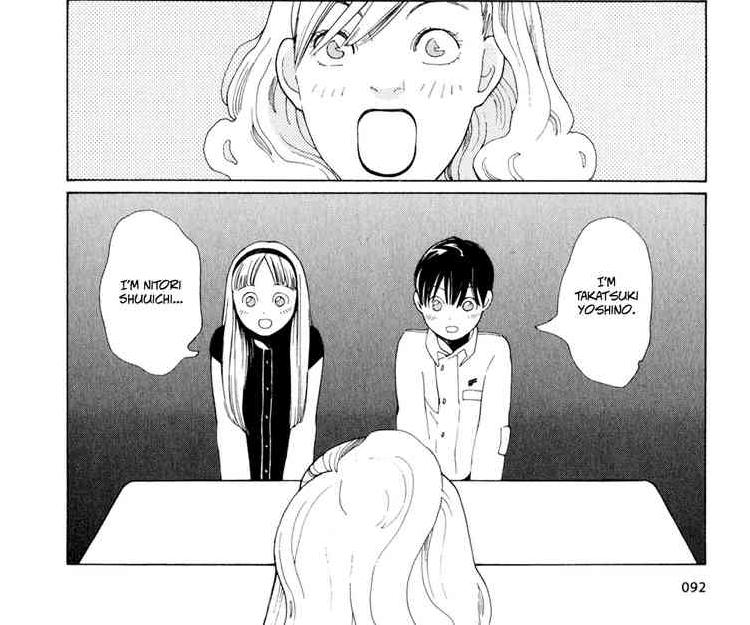 The story follows these kids as they navigate through the twists and turns of life like bullying, transitioning, puberty,

When I began reading this manga I was ecstatic about it. I had never seen myself represented in a way like this. I thoroughly

enjoyed it-- at least at first. With every thing this manga does well, it does two more things horribly.

The transgender woman by the name of Yuki is introduced with her hitting on Takatsuki who is eleven at the time. When

Takatsuki and Shuu are escorted from Yuki's apartment by her boyfriend, Shiina, He gropes Takatsuki's crotch because of his

suspicions that he may be trans. Not a very good look when there's a stereotype about transgender women being perverts

Shuu and Takatsuki are surrounded by many side characters, each with their own quirks. And they're all assholes.

I don't know if it was the author's intent for me to hate every single character, but I do. Shuu's first friend, Chiba,

is one of the first to encourage her wearing women's clothes. It seems like Chiba truly supports and allies herself

with Shuu, but as the manga progresses, it's clear this isn't exactly the case. Chiba seems to mostly dismiss

Shuu's feeling often, even getting into spats with her and her friends. The only time she acts kind to Shuu is when

she's dressed as a woman or being encouraged to. It's almost creepy the way she's obsessed with Shuu dressing as a girl,

she even demands to take pictures of it frequently. 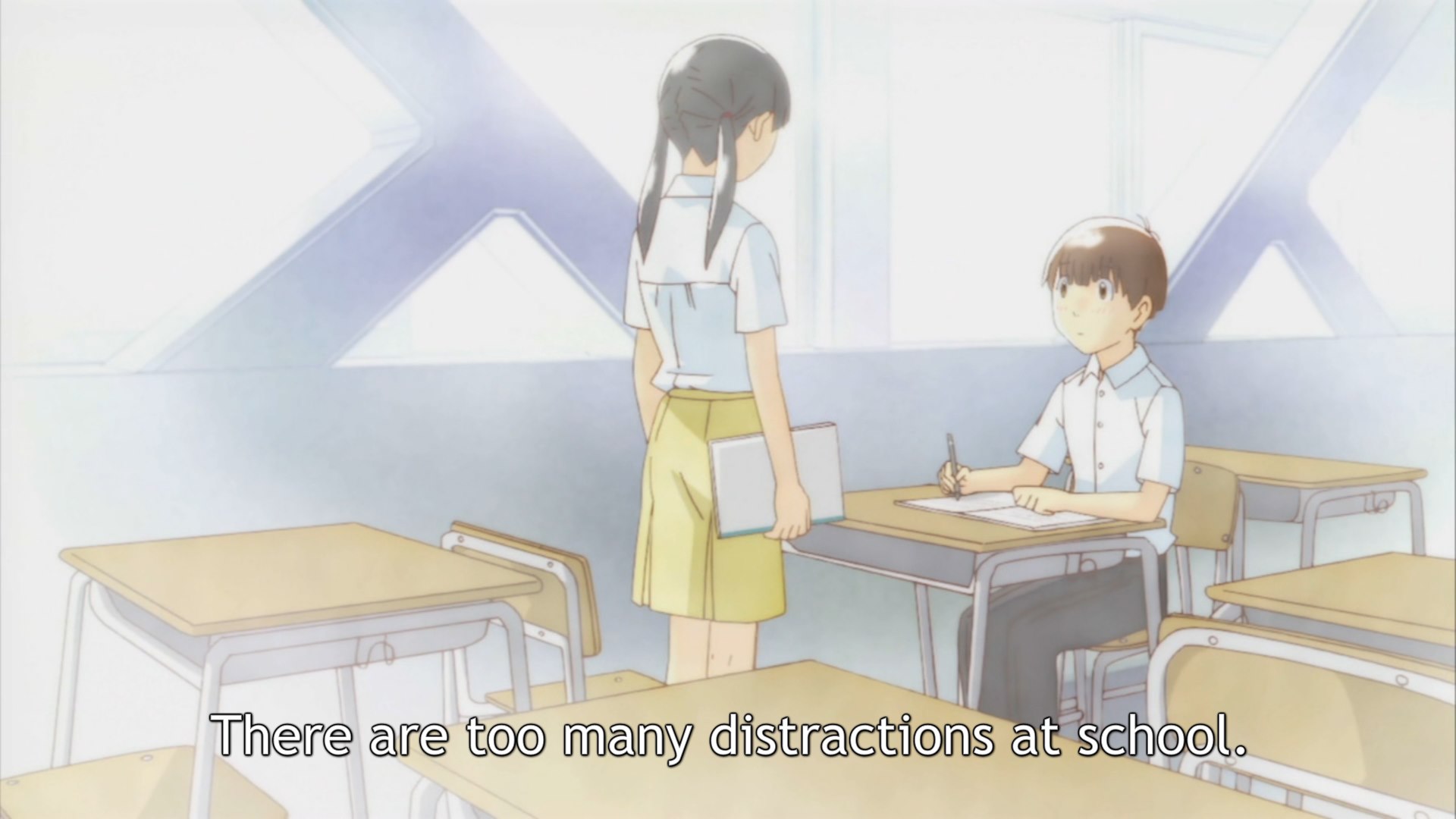 She eventually confesses to Shuu, and when she's rejected she retaliates by telling her that she'll never be a real woman

and that wishing to be one is ridiculous. Ultimate ally.

The manga also tries its damndest to redeem the nastiest characters. When Takatsuki and Shuu share an exchange diary in

middle school that describes their endeavours in trans-ness, it gets passed around the entire school and they are then

subjected to bullying and harassment. The main aggressors-- two boys name Doi and Oka--eventually become part of the

team, even though they don't support Takatsuki and Shuu and continue to be bullies.

Shuu's family are also complicit when it comes to shaming and disrespecting her. Shuu's sister, Maho, is one of the

first to know of her tendencies of dressing up and slings verbal abuse at her from elementary school to college.

Shuu's parents, while not horrible, are selfish when it comes to her. Her father is visibly uncomfortable with knowing

his child is trans and his mother throws out her wigs and clothes and even breaks down crying from shame.

of high school stops all together. She becomes discouraged from the repeated harassment and hate from those around her and

eventually graduates untransitioned and giving up on ever doing it. The trans boy, Takatsuki, stops transitioning even earlier.

Around the middle school portion of the manga, he gets his hair cut and even buys a binder, but in high school joins a

modelling agency and wears girly clothes which eventually makes him complacent and he accepts that he'll "never be a real man." 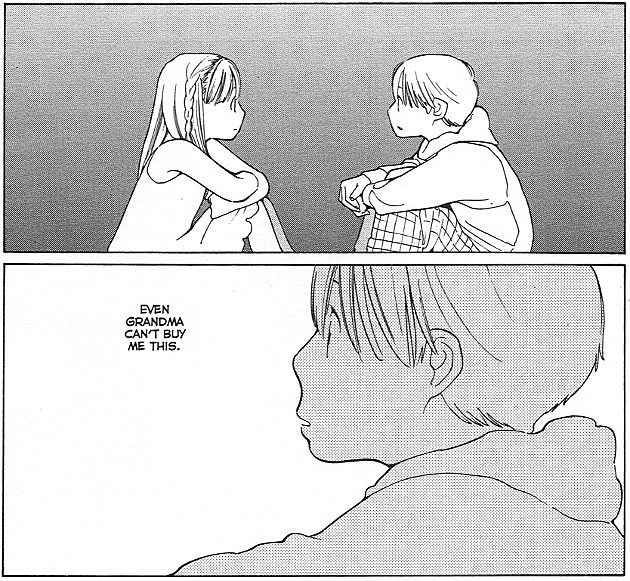 I can't fully explain why this manga sucks with my terrible writing skills, but take it from a Certified Trans--

Wandering Son is a sadfest of unlikable characters and torment and abuse for the trans characters. As much as I hate to say it,

it's honestly more of a step back than anything else when it comes to progressiveness. Hopefully it can spawn more and better

LGBT manga in the future. You know what? Fuck it, drop the LGB. screw the yaoi bullshit. just trans characters til i die.

my capslock key isnt working anymore thats probably what i get for saying drop the lgb. sorry lgb's i didnt mean it. 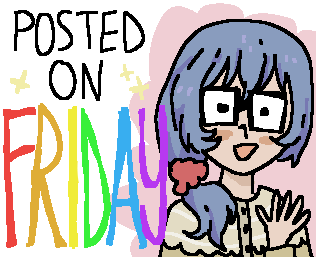